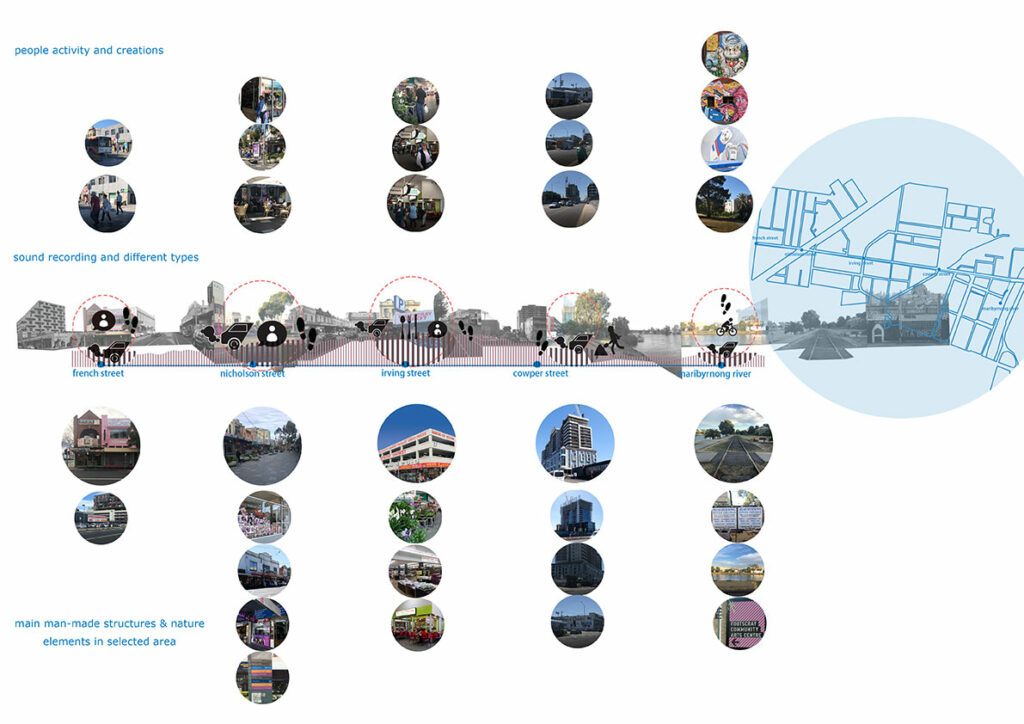 TEXT AND VISUAL DOCUMENTATION THAT EXPLAINS YOUR CONCEPT. DOESN’T HAVE TO BE A LONG EXPLANATION, JUST MAKE THIS PAGE CLEAR. IT WILL LOOK BETTER IF THERE IS MORE THAN JUST ONE IMAGE AND LIST OF YOUR FINAL DESIGNS.

ALSO, I TRIED TO USE THE TEXT YOU SENT ME TO ORGANISE INFORMATION SO YOU CAN SEE HOW IT CAN LOOK LIKE. I WOULD MAKE EACH TEXT BELLOW SHORTER, AND ADD INDIVIDUAL PHOTOS FROM YOUR PERSONAL ARCHIVES, JUST TO SHOW WHAT IS IT EACH OF YOU FOUND INTERESTING. OR MAYBE YOU CAN JUST PICK A FEW PHOTOS AS A GROUP FROM THE DOCUMENTATION YOU ALL COLLECTED. OR DO IF YOU HAVE ANOTHER IDEA, JUST LET ME KNOW. IT IS UP TO YOU.

Ke: I focused on the relationship between people and the environment in Footscray. I found that people have specific activities in specific locations. For example, in café, they will spend more time enjoying the sunshine and being relaxed. Or the sidewalk—people choose to quickly walk through; with the market area—people will stay a while to buy what they need. But when you move closer to the river, there are fewer shops around and people fewer people too. But it is near the art community Centre so there are lots wall paintings. I DON’T UNDERSTAND WHAT YOU WANTED TO SAY HERE? 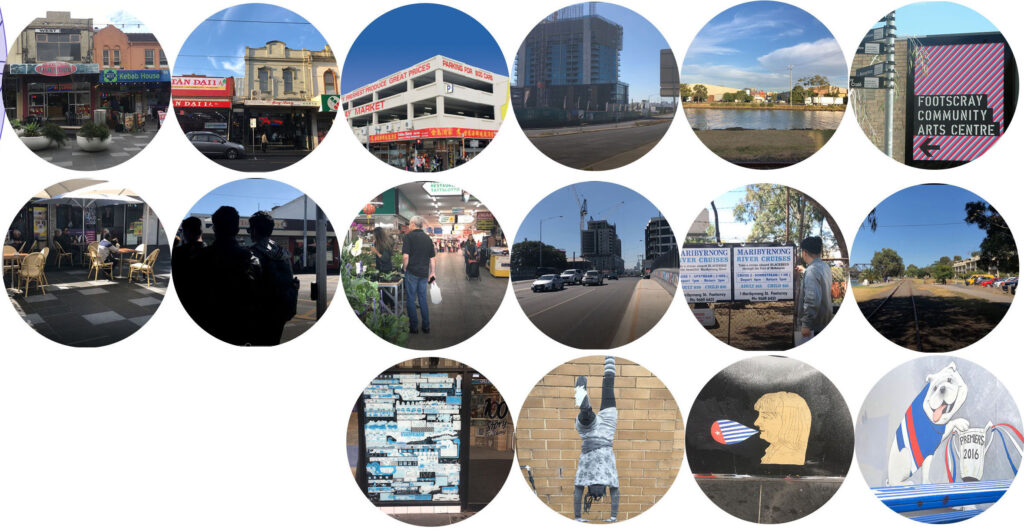 Matilda: I was particularly interested in the contrasts between the architectural style of the buildings, as well as the continual change in cultural influence. I was also made aware of the fact that the suburb of Footscray is defined significantly due to its boundary along the Maribyrnong River. THIS IS PROBABLY NOT RELEVANT FOR THE WEBSITE

THIS IS MATILDA’S TEXT:
When placed in a group, we were able to compare and contrast our individual findings that allowed us to see similarities. As a group, we chose to focus on the concepts of contrast and boundary and thus derived our concept statement “Boundary between Contrast”. The concept focuses on the ‘in betweens’ of both boundary and contrast and whether or not they can be seen as one.