The colours within the setting amplified the differentiation between old and new; prevalent both in the architecture and street art. Their correlation and contradiction served as a common thread during the tour.

While inhabiting the wearable piece there was an instant connection to the journey we have each encountered during our walk through Footscray. The four separate routes we individually had undergone had suddenly merged into a physical object; a renewed form of experience. Each loop or stripe served as a reminiscent of a certain element within the journey, portraying a plethora of interests of individual flaneur experience. 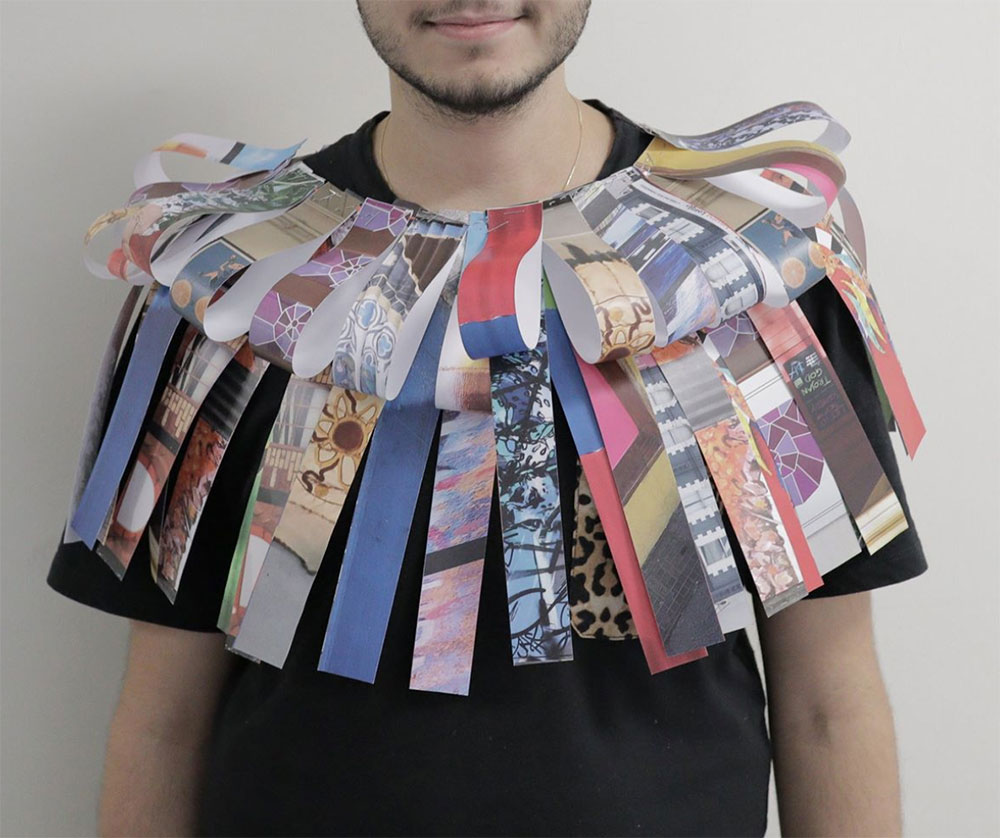 A mosaic art piece found on the pathway that’s been chipped away over time, degrading slowly. The bold, vibrant colours still however make it seem new

The coming together of modern and older infrastructure and its juxtaposition

In a group, we observed Footscray as a ‘container’ of memory; with its colours, sparking different connotations or an experience. The images above demonstrate the old vs. new aspects that we were particularly fond of while on our journey through Footscray. We proceeded to take this into our group work which unpacked this further allowing for our concept “Cryptomnesia” to form, which describes a resurfaced memory in the form of deja vu.